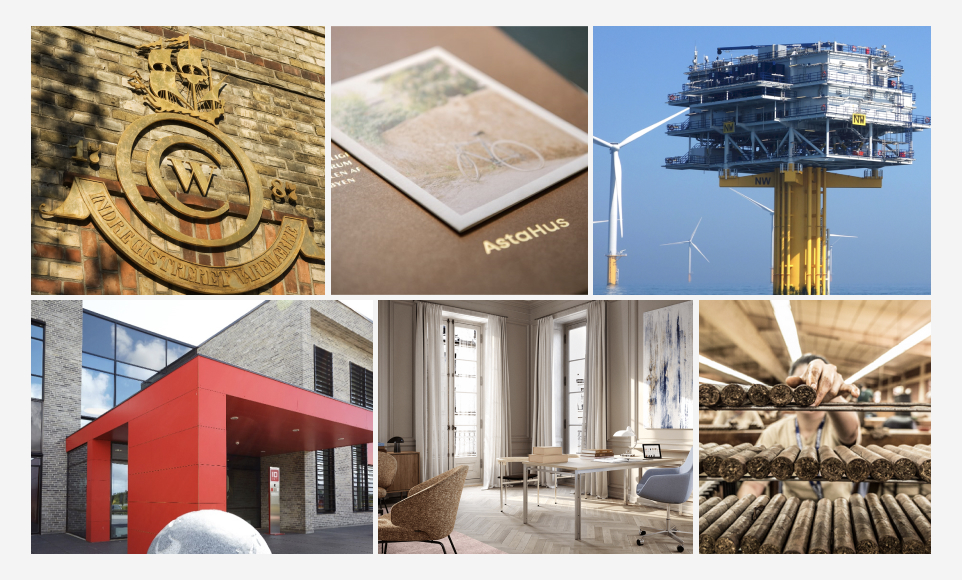 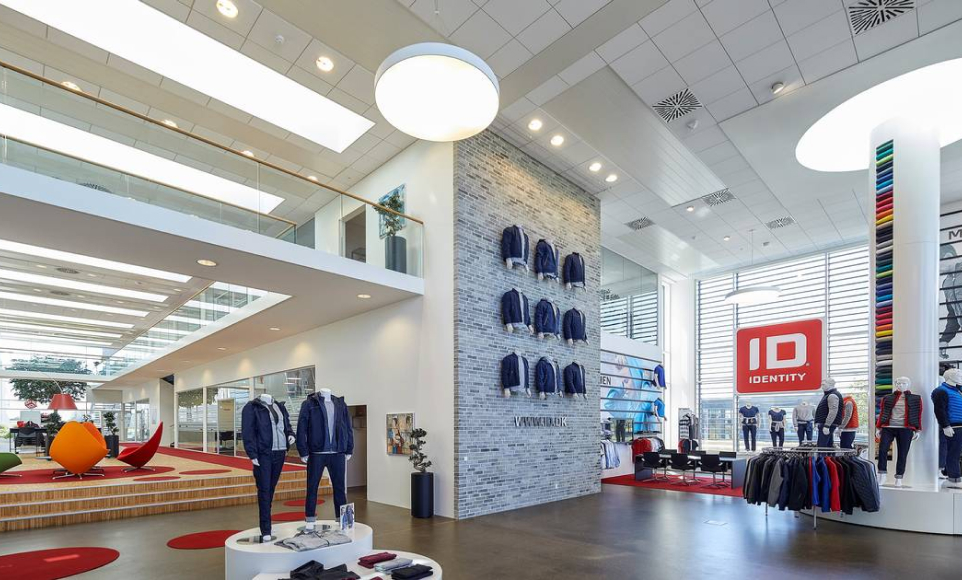 The acquisition aligns with the investment strategy of C.W. Obel to acquire minority ownership stakes in good and well-established companies in Denmark 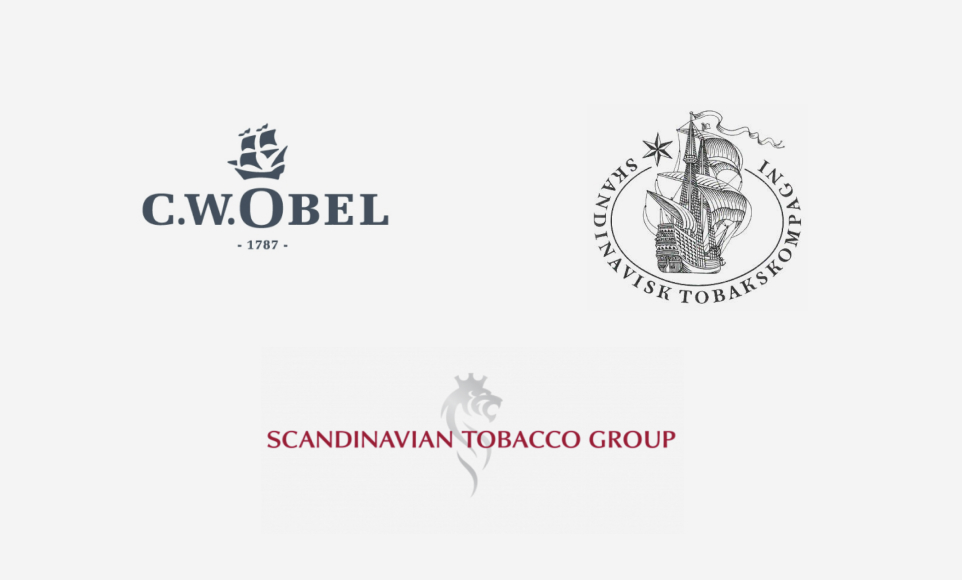 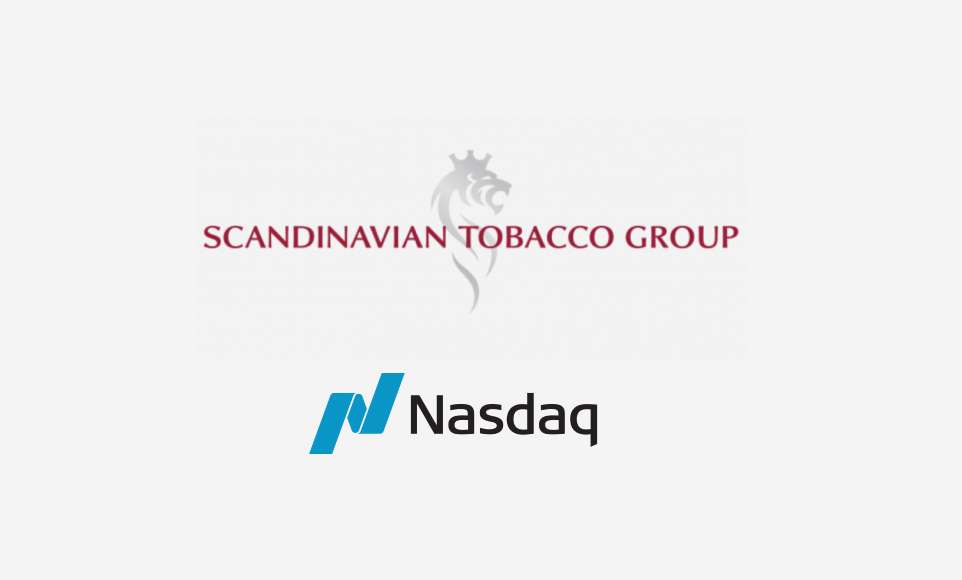 On 10 February 2016, Scandinavian Tobacco Group is listed on the Nasdaq Copenhagen stock exchange. The listing implies that Skandinavisk Holding owns 33.1 % of the company 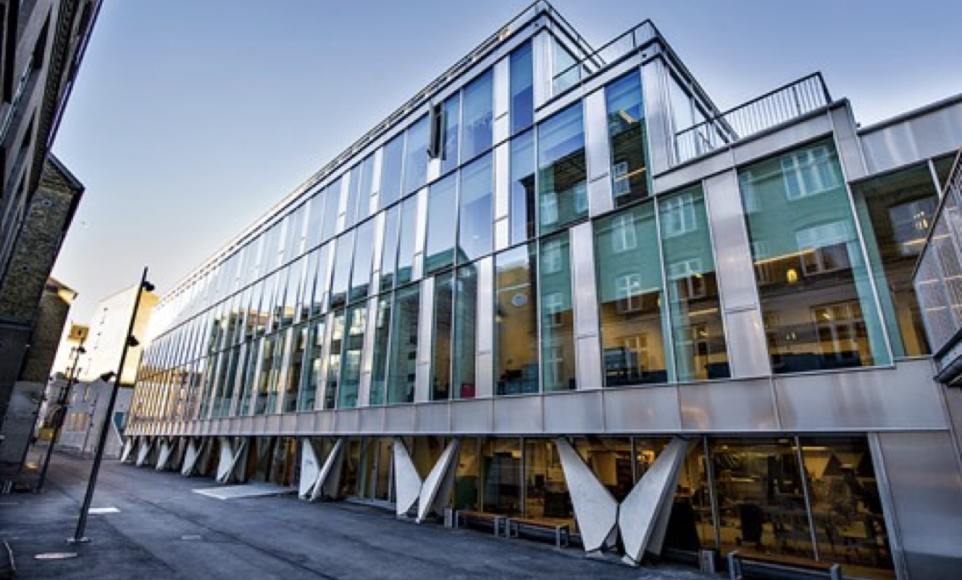 C.W. Obel Ejendomme establishes the joint venture, Obel-LFI, together with Lundbeckfonden. Among others, Obel-LFI owns KEA Empire Campus on Guldbergsgade and the residential properties Teglværkskajen and CobraHave. The investment strategy of Obel-LFI focuses on investments in large properties of high quality in Copenhagen 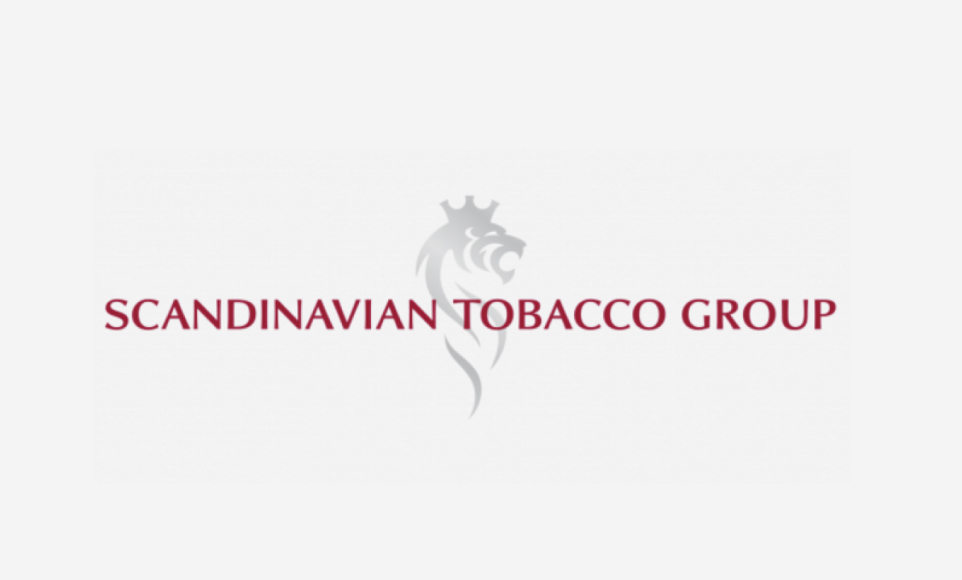 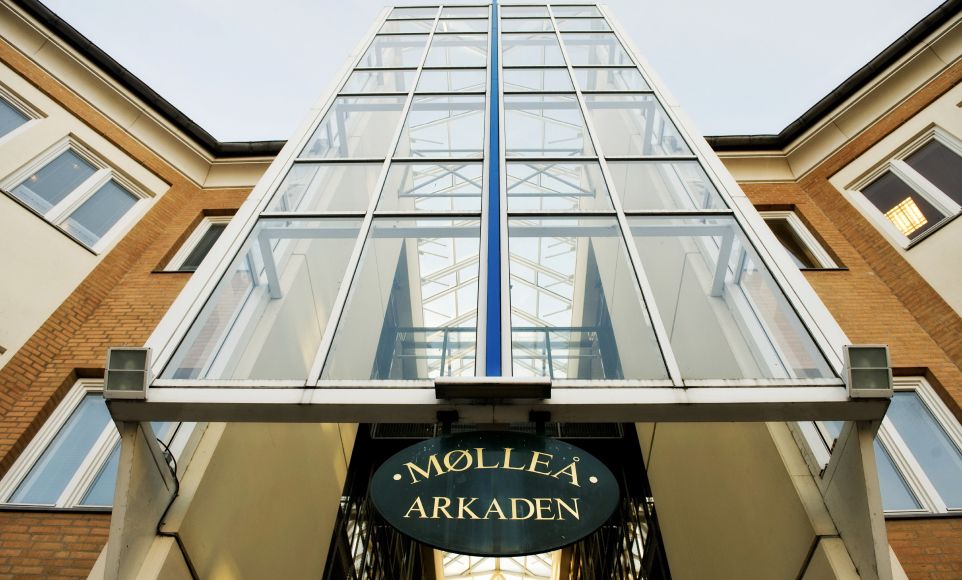 At the end of the 1990s, C.W. Obel owns several properties and a renewed strategy implies an increased effort within the real estate area

C.W. Obel Ejendomme is established in order to conduct real estate investments as well as operations and administration of own properties 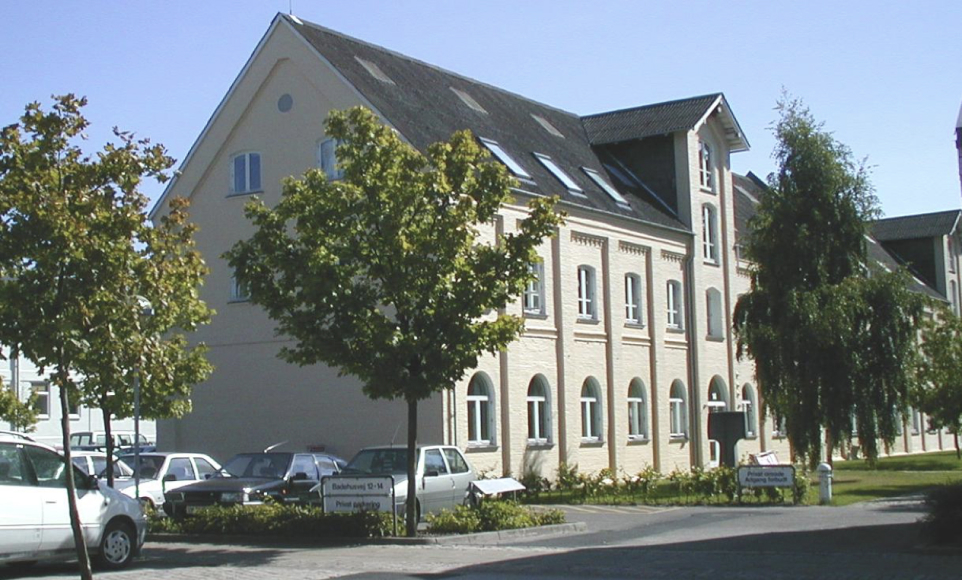 On that occasion, the Obel Jubilee College is established in Aalborg, inaugurated by Her Majesty Queen Margrethe II on 26 June 1987 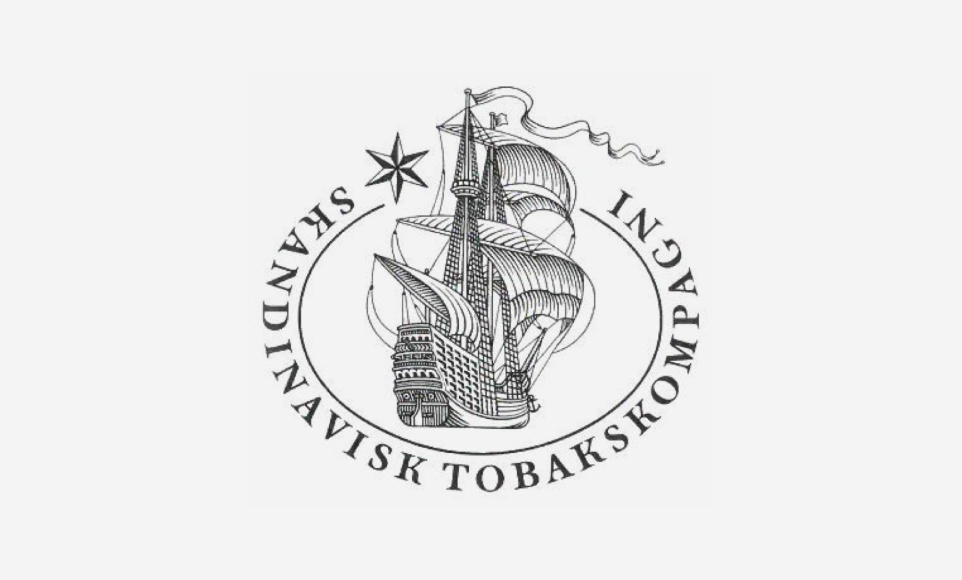 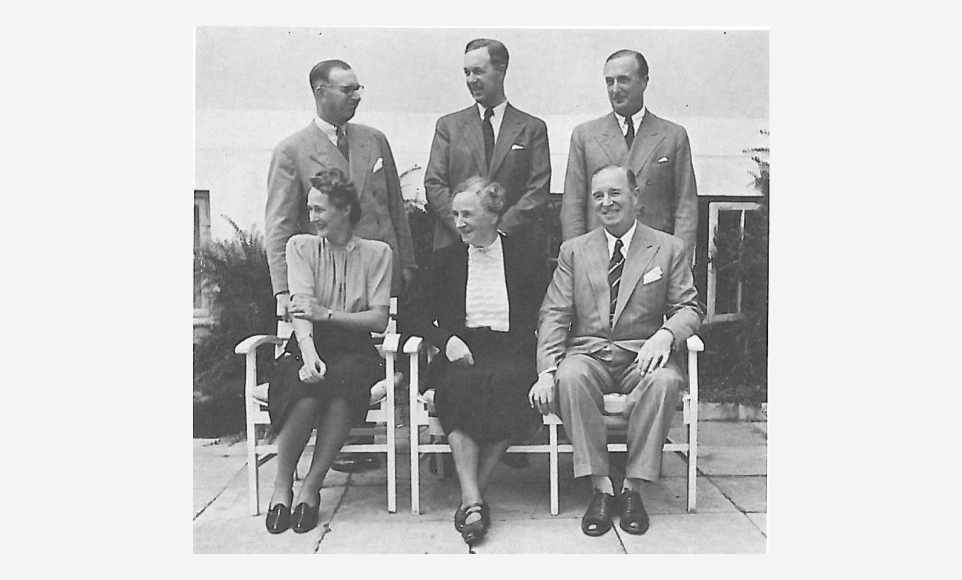 Estalishment of the Obel Family Foundation by initiative of Asta Obel

The foundation was established with three overall purposes; to secure good management and framework conditions for C.W. Obel, to support the Obel-family and to support charitable purposes 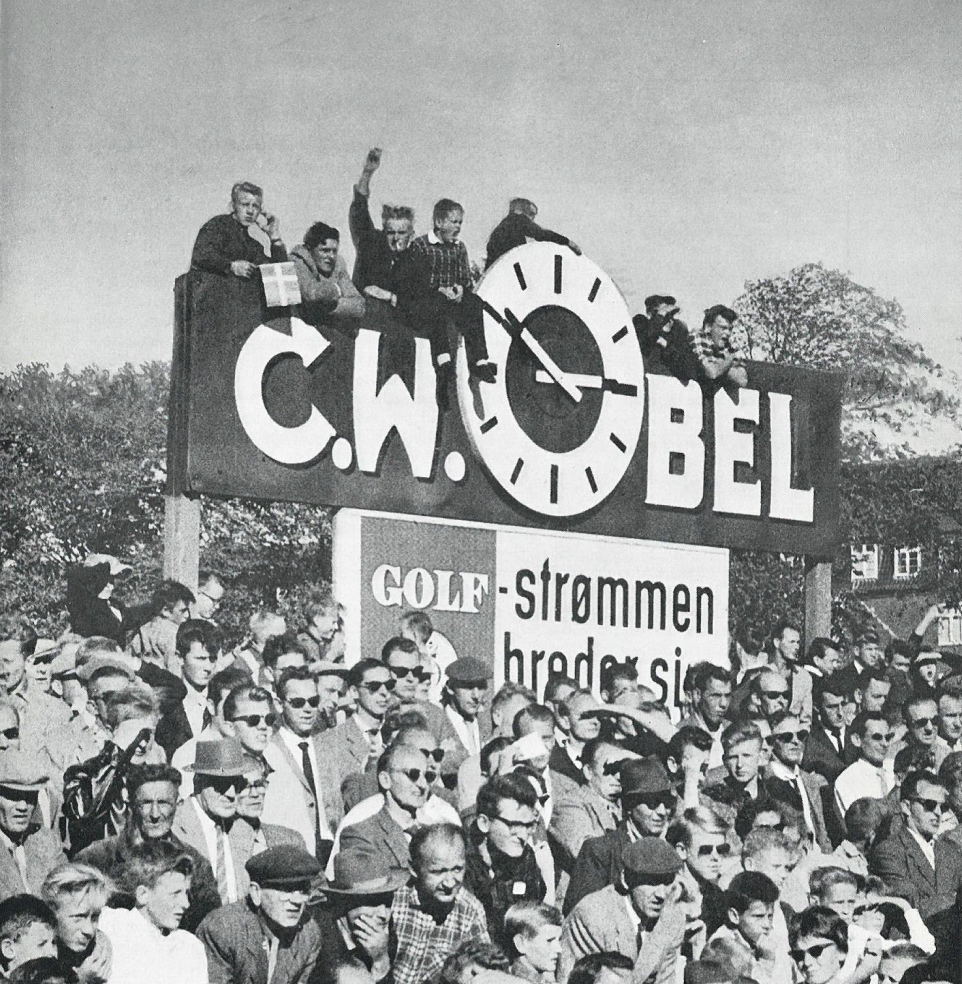 C.W. Obel employs the highest number of employees, 2,147 persons, on the tobacco production facilities in Aalborg, the majority of which women (c. 75 % of the employees)

In december 1950, the organisation published the first version of the employee magasine “C.W. Obel Posten”. The front page on nr. 38, March 1960, is from the B national team’s friendly match against Norway on 13 September 1959 at the Aalborg Stadium 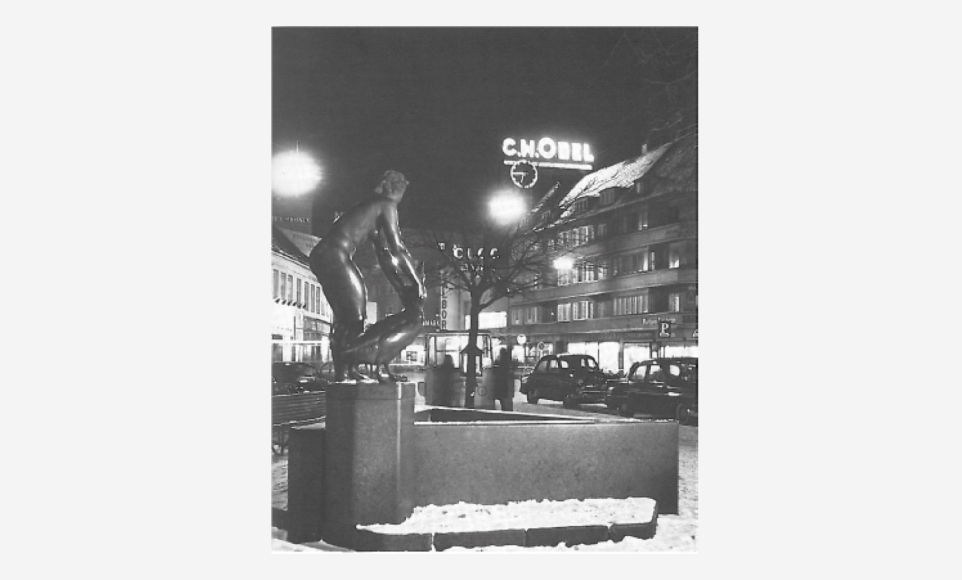 On the occasion of the C.W. Obel 150th jubilee on 26 June 1937, the name of the Klostertorv in Aalborg is changed to C.W. Obels Plads

C.W. Obel presents the Gerhard Henning sculpture, “Gåsepigen”, as a present to the city of Aalborg

Asta Obel converts C.W. Obel to a family shareholding company at the general meeting. Asta Obel remains the charmain of the company until 1959 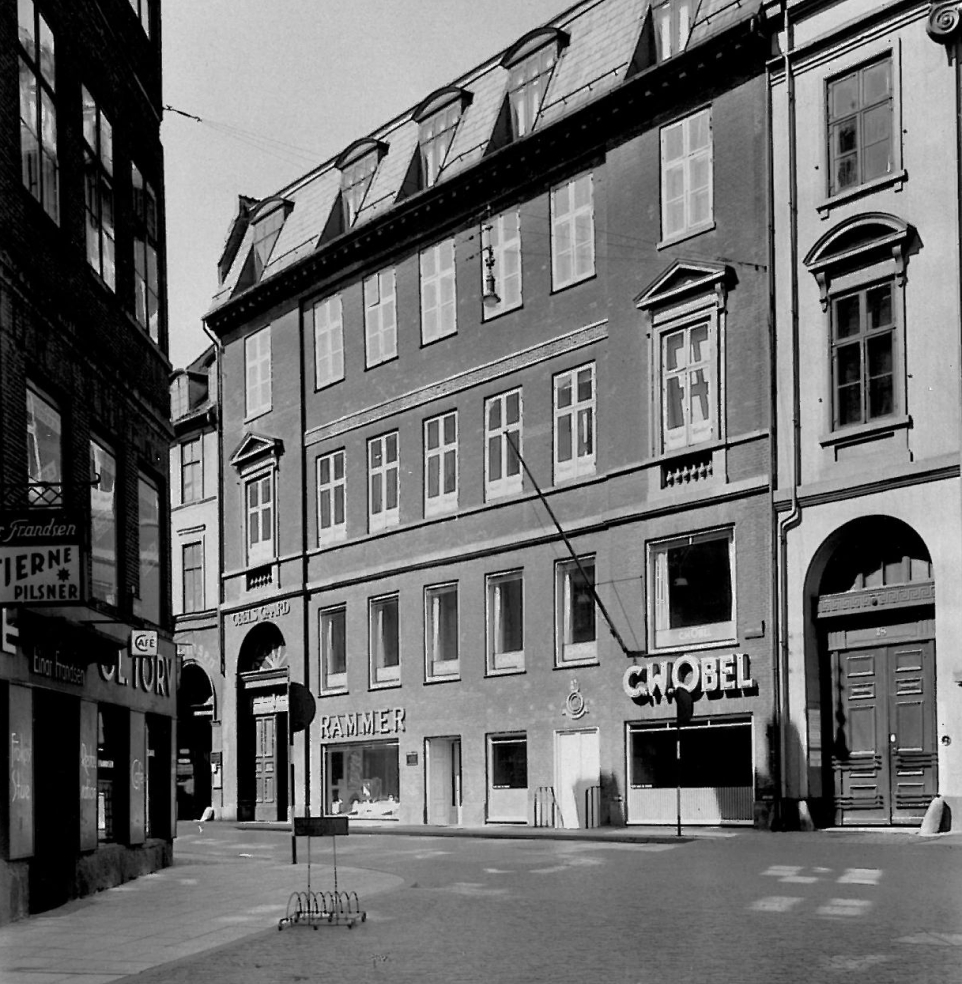 The property, Vestergade 2, is acquired in Copenhagen 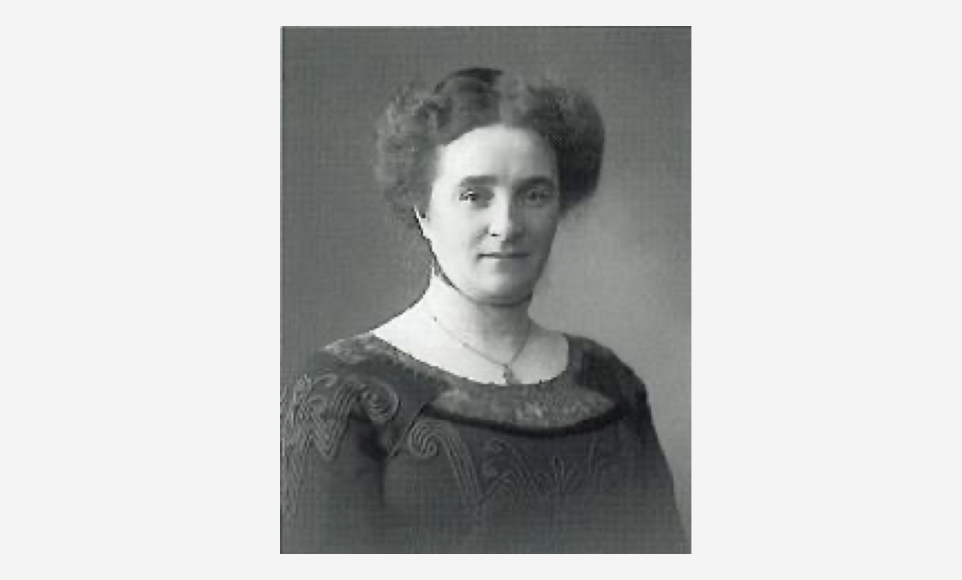 The sons, Frederik Obel and Carl Frode Obel (5th generation) join the management of the company. Asta Obel is the sole owner of C.W. Obel until 1937 when it is transformed to a family shareholding company 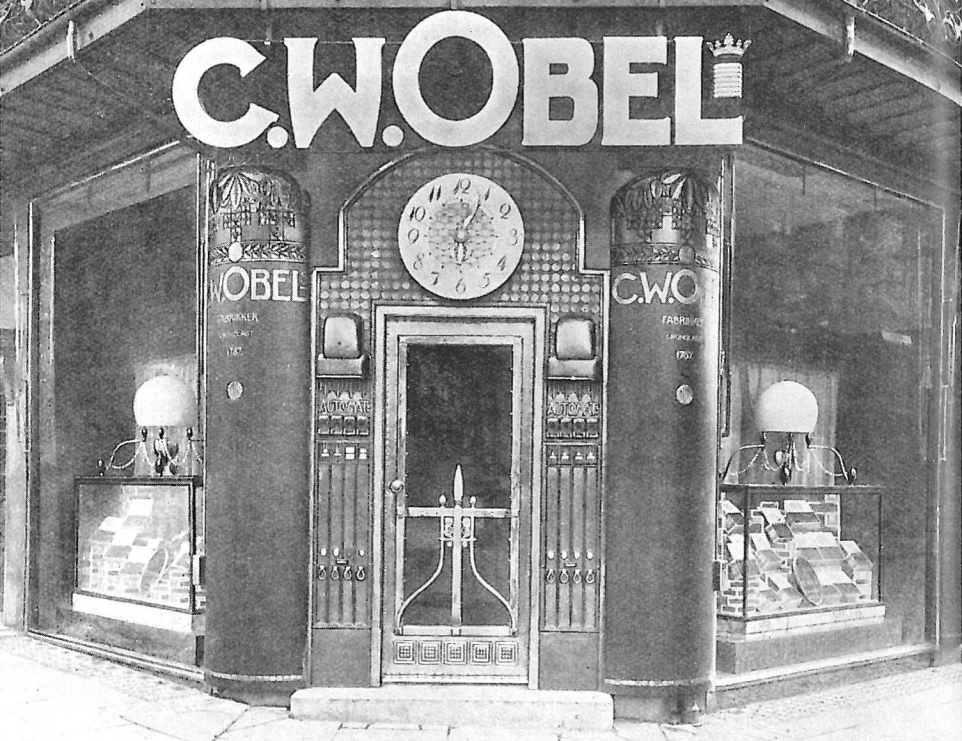 On the occasion of the 125th C.W. Obel jubilee, a new store is opened on the corner of Nygade and Gl. Torv (Nygade 6) 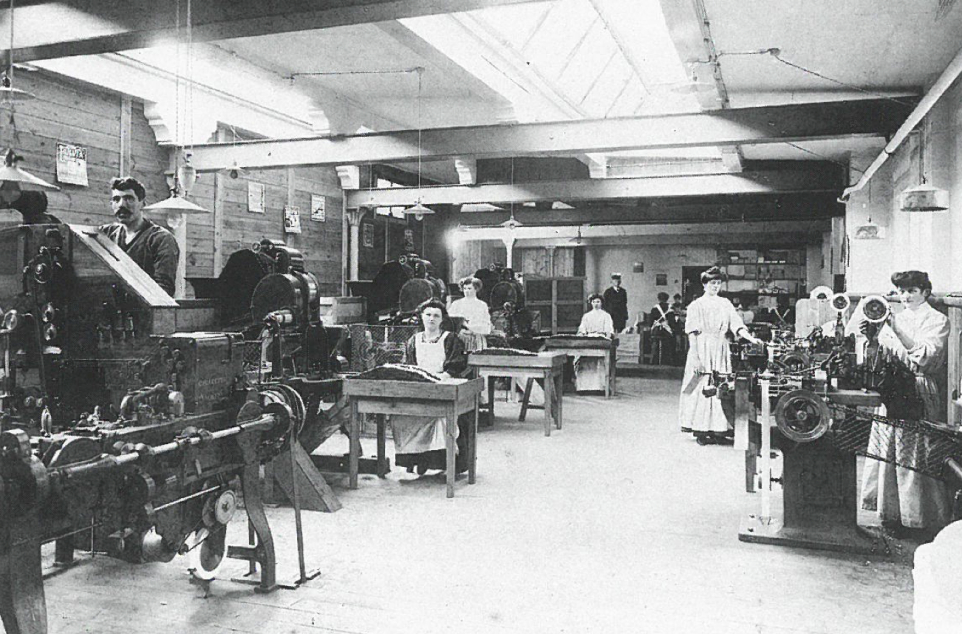 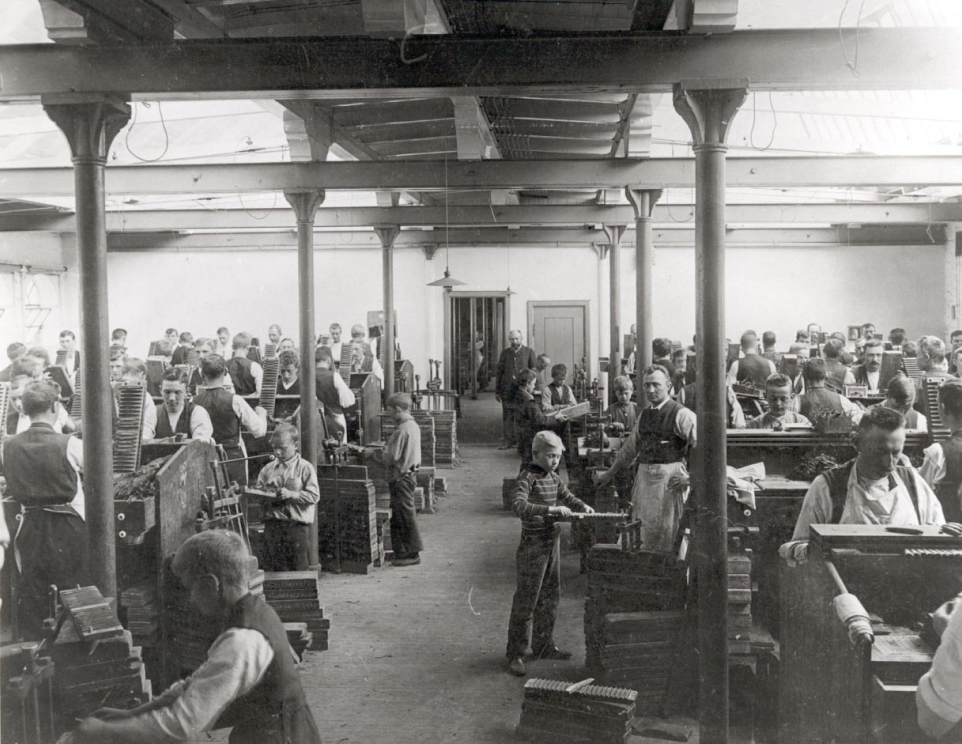 C.W. Obel is now one of the largest tobacco manufacturers in Europe

The picture shows part of the production facility in 1905 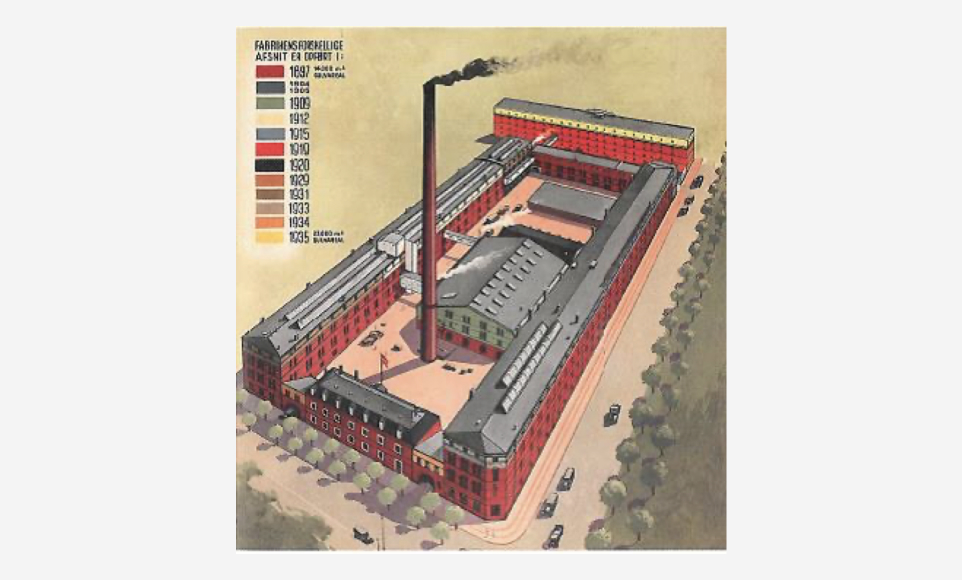 Due to limited production space, it is decided to move the factory and a new factory is built in the Western part of Aalborg in the area of Badehusvej and Kastetvej

The production facility is taken into use in 1898 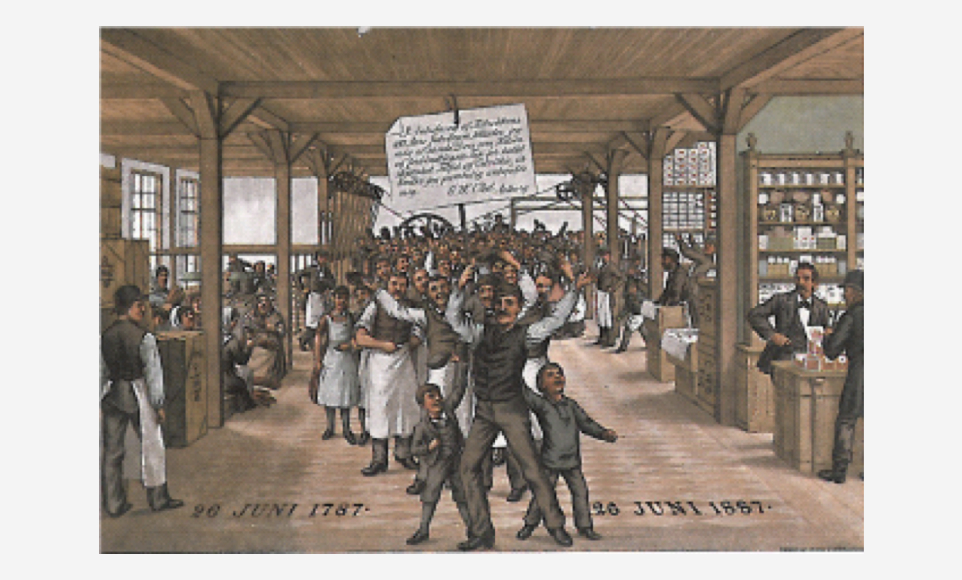 On the occasion of the 100th C.W. Obel jubilee, a color lithograph is sent to the business partners of C.W. Obel 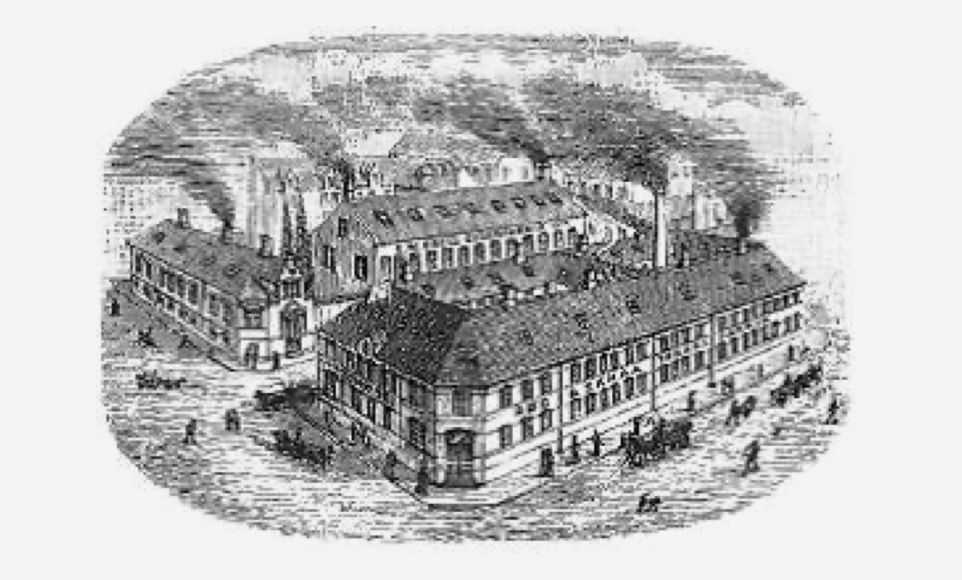 The old tobacco production facility in Klosterjordet, Aalborg, burns on several occasions. The largest fire takes place in March 1871 after which a new and considerably bigger factory is built on the same grounds

In September 1871, the factory is initiated by Frederik Christian Obel 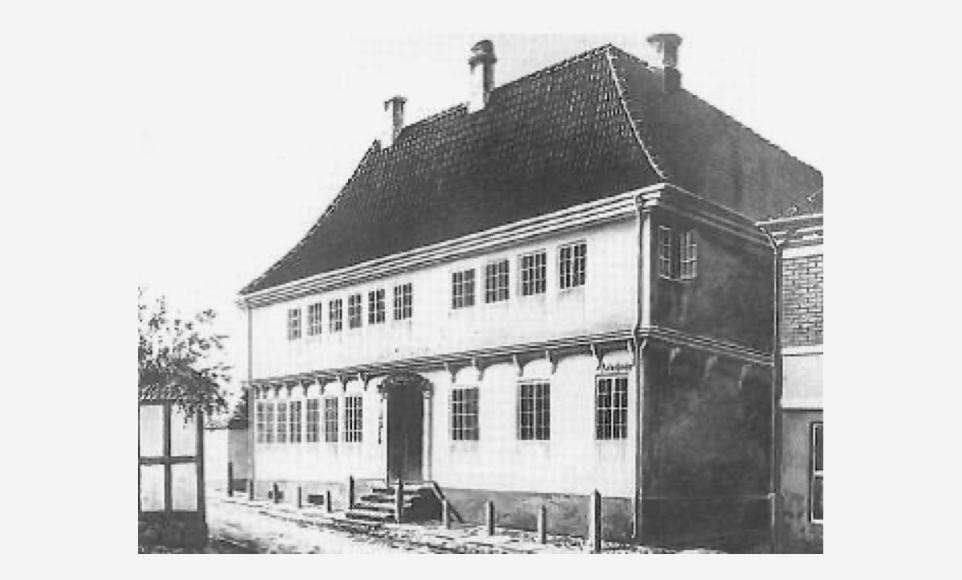 With the opening of a store on Frederiksberggade in Copenhagen, a number of stores and inventories are established all over Denmark 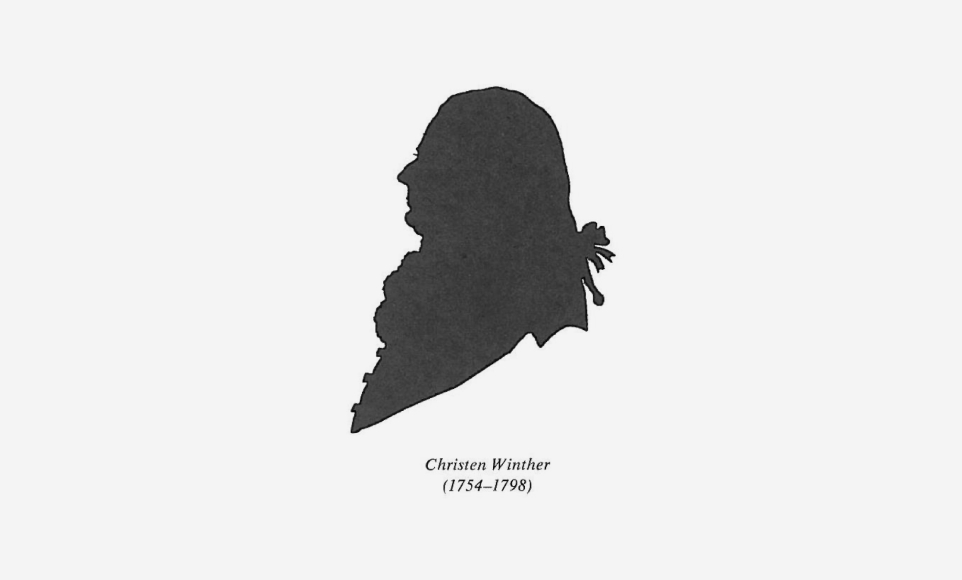 Sales officer, Christen Winther (1754-1798), receives approval for establishing a tobacco manufacturing plant in Aalborg and opens a tobacco store next to the factory

The manufacturing begins on 26 June 1787 in a grocery store on Klosterjordet, Aalborg, which todays is named C.W. Obels Plads